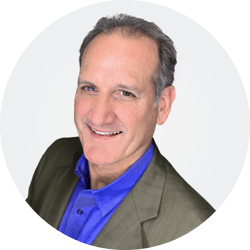 Prior to joining Raiven, Mr. Knox was the Chief Marketing Officer for ABM, a Fortune 500, facility services leader with revenues of $5.1B and over 100,000 employees. During his seven-year tenure, he was part of the leadership team that guided the company through a strategic transformation resulting in a company-wide restructuring; led a complete rebranding of the company to reflect a new vision and direction; and implemented best-in-class marketing automation technologies to improve lead generation and the overall customer experience.

Before that, Mr. Knox was with The Linc Group for six years before it was acquired by ABM. As the President of the GreenHomes America division, he led the development of a franchise offering for HVAC contractors interested in becoming home performance contractors. Through the franchise offering, organic growth and acquisitions, GreenHomes America became the leading home performance contractor in the U.S.

Mr. Knox is the co-author of two patents in wireless, internet software solutions and a former board member of CBPCA and Efficiency First. He holds a B.A. in MIS from the University of Northern Colorado and an MBA Marketing candidate at the University of Colorado.