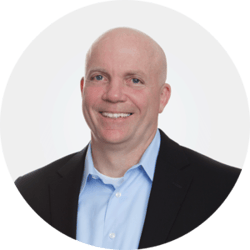 A graduate of Princeton University, Jeff Golden has served in a variety of leadership capacities throughout his career.  Ranked the highest R.O.T.C. graduate in 1991, Jeff served as a Regular Army Officer in the Field Artillery from 1991-1996.  Jeff put his mathematical economics degree to work for Enron Corp, starting as an associate in the renewable energy group.  After leading the acquisition of Zond Wind Corporation, Jeff moved full time into the corporate merger and acquisition group.  After spearheading the $450m spin-off of Enron Oil and Gas, Jeff led the negotiations and integration of strategic acquisitions totaling over $200m in both the wholesale and retail business units.

Jeff spent over a decade leading faith based communities to develop extensive community relationships, provide counseling for families in crisis, teaching, and participate in a number of local and overseas missions.  Jeff helped Young Life reach local high school students helping them discover their identity, sense of belonging and purpose.  Jeff led a number of initiatives to support local school needs and to support teaching and administrative staff. Most recently, he oversaw the church’s acquisition and construction of a new facility that hosts a number of local non-profit organization event.