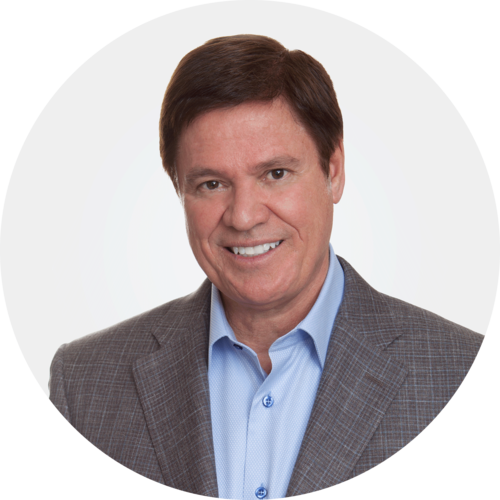 Tracy K. Price is the founder and driving force behind Raiven. A serial entrepreneur with three successful exits, his vision to incorporate technology and process standards has resulted in growth and success at every company he has led. As a testament to this, he received the prestigious Ernst & Young Entrepreneur of the Year Award (Orange County) in 2008, and his vision and dedication to quality and technology was recognized by Microsoft, which awarded the company its top customer honor, the Overall Customer Achievement Award in 2009, and the Pinnacle Excellence Award for Technology Evangelism in 2007.

A native of Orange County, California and graduate of the University of California at Los Angeles (UCLA) in Economics, Mr. Price began his career at Honeywell, where he learned the technical aspects of building performance and technical selling. His success and multiple promotions led him to purchase a half interest in Mesa Energy Systems, which he grew from a modest four-person company to the largest non-union mechanical service company in California. During the rapid expansion, he found no technology on the market that could help address the widening gap in the availability of competent skilled labor. So, he made an unconventional move to fill this gap in 1996 by co-founding a leading-edge work order management software and wireless tool company, FieldCentrix Inc. The FieldCentrix technology was implemented and the risk paid off when he sold Mesa Energy (CAGR of 48% over the 11 years he led it) to EMCOR Group in 1998. His innovative use of wireless technology earned Mesa Energy the world’s first ISO 9001 certification for paperless workflow management with field service technicians.

After selling Mesa to EMCOR, Mr. Price brought his domain expertise and leadership abilities to venture capital-backed FieldCentrix. As President and CEO, he began preparing the company for IPO. However, in 2001 the NASDAQ continued its decline and the IPO market dried up. Determined to move the company forward, he sold FieldCentrix to then energy-giant Enron for $70M, creating what was to become a $6B building services company for Enron's energy services division. To be led by Mr. Price as CEO, the new company (ServiceCo) consolidated three existing service industry leaders, with FieldCentrix to be the core technology platform. The transaction was consummated on September 28, 2001, the last day of the last quarter of which Enron was a going concern. Nine weeks later Enron filed for bankruptcy.

Mr. Price spent the next two years fighting to keep ServiceCo from being consumed by Enron’s implosion, and led a management buyout of the company in conjunction with a private equity group in December of 2003. With Mr. Price as Chairman, CEO, and President, the company was launched as The Linc Group (TLG) with revenues just north of $100M and rose like a phoenix from the ashes of Enron to become the leading independent provider of facility infrastructure operations and energy retrofits in the U.S. with 2010 revenue of $585M and EBITDA of $40.7M. Under Mr. Price’s leadership, the company experienced record year over year growth and employed more than 4,000 employees with operations in 45 states and 30 countries. Mr. Price’s initial vision to unite TLG’s operating companies through a unique technology platform that created a real-time, transparent operating environment and facilitated consistent high quality services became reality. It established TLG as a market-leader in an industry that is traditionally slow to adopt change and technology and has also “raised the bar” for how all companies provide technical field service.

In December of 2010, Mr. Price achieved his objective of finding a strategic partner that had a strong balance sheet and the financial fortitude to enable TLG to make strategic acquisitions and pursue larger sales contracts when he agreed to be acquired by ABM Industries for $300M. ABM combined TLG with its existing engineering services division to create a $1B revenue, 8,000 employee Facilities Solutions Division.

Mr. Price was named President of the new unit, as well as Executive Vice President of ABM Industries. The transaction resulted in a 30% IRR to TLG’s shareholders and a 4X return on capital, even though it was one of the most difficult seven-year periods in U.S. business history.

Within six months of the acquisition, Mr. Price was tasked by ABM’s CEO Henrik Slipsager to rebrand the 100+ year-old company to signify the new vision, positioning, and strategies that he helped develop with the ABM executive team. As a result of this success, Mr. Price was given additional ABM corporate responsibilities, including Marketing, Sales, and Learning & Quality. After five successful years at ABM, Mr. Price successfully spun off a core team and the workforce-related software that was developed and deployed with clients at ABM. With Mr. Price originally President & CEO of the  new venture, Raiven was formed to bring this industry-changing technology platform to a broader set of global markets. Mr. Price has moved into the important role of Chairman of Raiven.